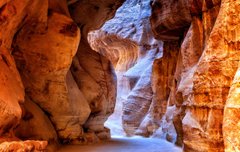 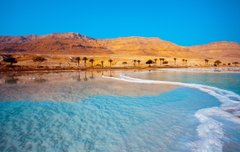 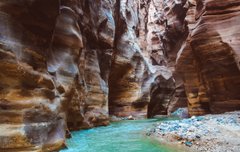 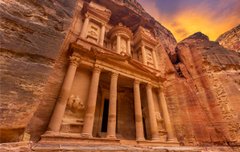 The above stay in Jordan includes:

►  Transfer as per the above mentioned program in a private AC car.
►  English speaking driver  throughout the program during the above programme.
►  10 Nights accommodation including breakfast and all taxes.
►  Jordan Pass per person covering the sights mentioned in the above program.
►  2 – 2.5 HRS Jeep tour in Wadi Rum, route depends on weather / time conditions.

►  Anything not mentioned as included.

DAY 1     Q.A.I. AIRPORT – AMMAN
Upon arrival in Amman you will be met by your driver and taken to your hotel – rest of the day at leisure.

DAY 2      AMMAN  “City Tour”
Tour of Amman, visiting downtown, the Citadel with a panoramic view of the whole city. See the ancient ruins of the Temple of Hercules, the Byzantine Church, the Omayyad Palace, the Archaeological Museum, the 2nd century AD Roman Theater, King Abdullah Mosque and pass through Abdoun.

DAY 3       AMMAN – JERASH – AJLOUN – UMM QAIS  – AMMAN
After breakfast, head towards Jerash to visit the best-preserved Roman city of the Decapolis, its Oval Plaza, Temple of Zeus, & south theatre. Walk through the Colonnaded Street & pass by the Market Place, the Omayyad residential quarter, the 4th century AD cathedral, St. Theodore’s Church, the Nymphaeum & North Theater. Continue on to the stronghold of Qala’at el-Rabbad in Ajloun, a medieval fortress built by the Arabs of the Ayyubid dynasty as a defense against the Crusaders.

DAY 4      AMMAN – DESERT CASTLES – AMMAN
Drive east towards the Desert Castles which were built in the 7th & 8th century AD. These ancient castles, baths, hunting lodges & fortified palaces belonged mostly to Umayyad princes. Qasr el-Kharaneh, with imposing walls and narrow slits, looks like a military fortress, Qasr Amra, the most charming of all the Umayyad buildings was built as a bath-house and has frescoes adorning its interior walls and ceilings. Qasr  el-Azraq was built as a military outpost and was used by the Byzantines, & later on by the Umayyad Caliphs. It is most famous for having been the headquarters of T.E. Lawrence,  “Lawrence of Arabia”.

DAY 6      DEAD SEA (FREE)
Day at leisure where you can experience floating in the salty waters or enjoy the spa facilities at the resort.

DAY 7      DEAD SEA – MOUNT NEBO – MADABA – KERAK – PETRA
Visit the rose-red city of Petra along the Kings’ Highway considered one of the oldest roads in the world. En route stop at Mount Nebo, believed to be the burial place of Moses and the point from where he viewed the “Holy Land”. Proceed to Madaba, home of the most famous Byzantine mosaics, the map of ancient Palestine. Continue through desert highway to Kerak, where you will visit its imposing Crusader castle.

DAY 8      PETRA
Full day exploration of the Nabatean city of Petra, carved out of the rose-red sandstone around 2,000 years ago. Visit the Obelisk Tomb, the Siq – the narrow gorge that leads to Petra’s most impressive monument, the Treasury. Then on to the Street of Facades, the Theatre, the Royal Tombs, the Colonnaded Street, the Byzantine Church, the Temple, the Monumental Arch, Qasr el-Bint Faroun & finally climb up to the gigantic 1st century AD monument of the Monastery.

DAY 11     AQABA – Q.A.I. AIRPORT  (05 HOURS DRIVE )
Day at leisure until check out and transfer to the airport for your departure flight.

PROGRAMME CAN BE CUSTOMISED TO YOUR REQUIREMENTS